Respecting the architectural concept of the central city area, showing its authenticity and recognition on the basis of what once used to be hotel Nis, New City hotel gives its guests full comfort  of a four-star hotel, which is in ‘smart building’ system, with central air-conditioned area and high-speed internet connection.

The hotel currently has 60 accommodation units, while it has been planned that by the end of 2018 the hotel will increase its capacities to 75 rooms and apartments. A modern hotel ‘a la carte’ restaurant offers the famous local dishes as well as the specialties of international cuisine, and the desserts for all the dessert-lovers. Three modern, technically equipped, multifunctional conference rooms are available to the guests from Serbia, as well as from abroad, for the organization of meetings, conferences, seminars, presentations and interviews.

Big banquet room ‘Grand’, on the ground floor of the hotel is the perfect place for the organization of various kinds of celebrations: weddings, birthdays, anniversaries. 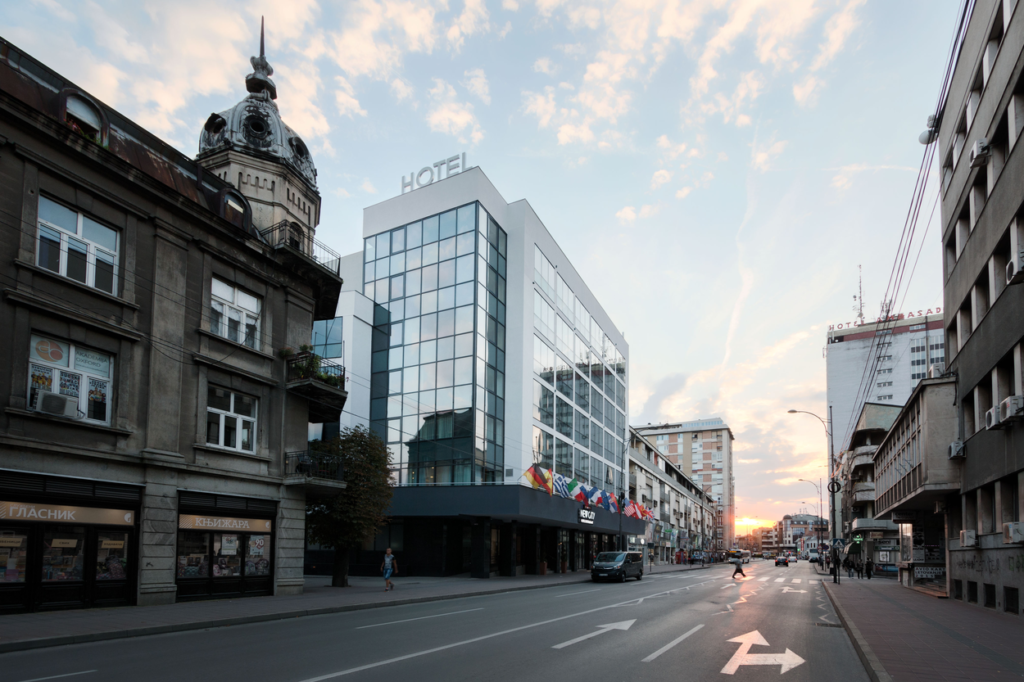